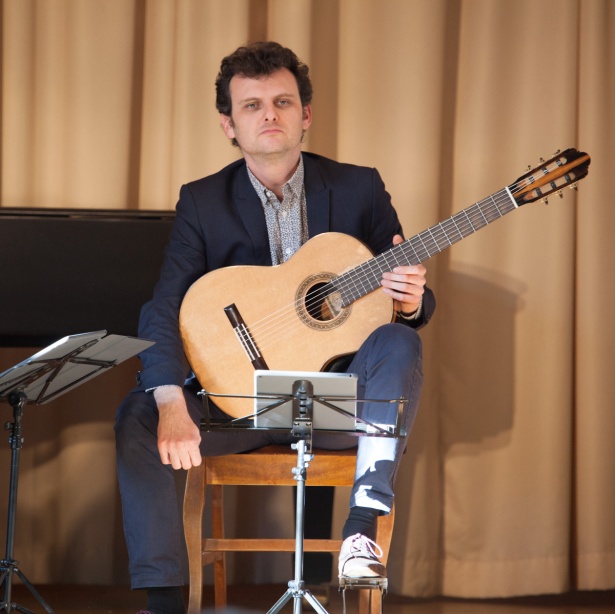 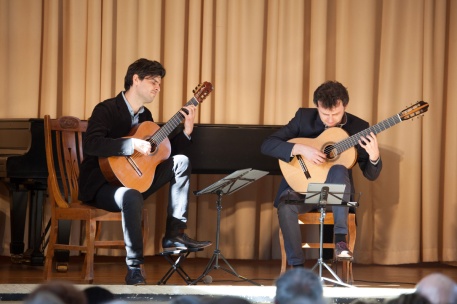 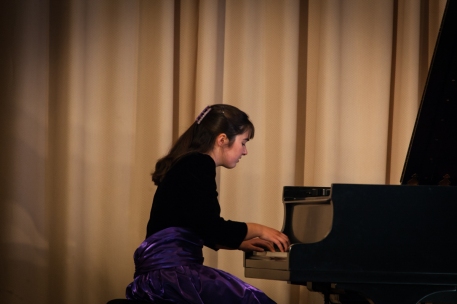 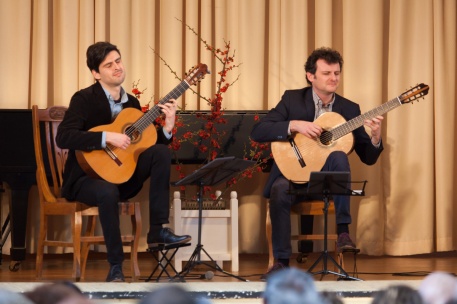 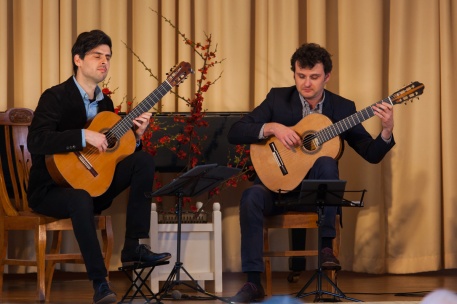 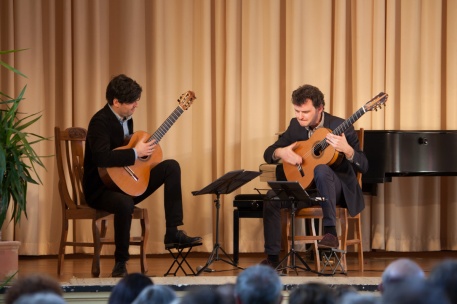 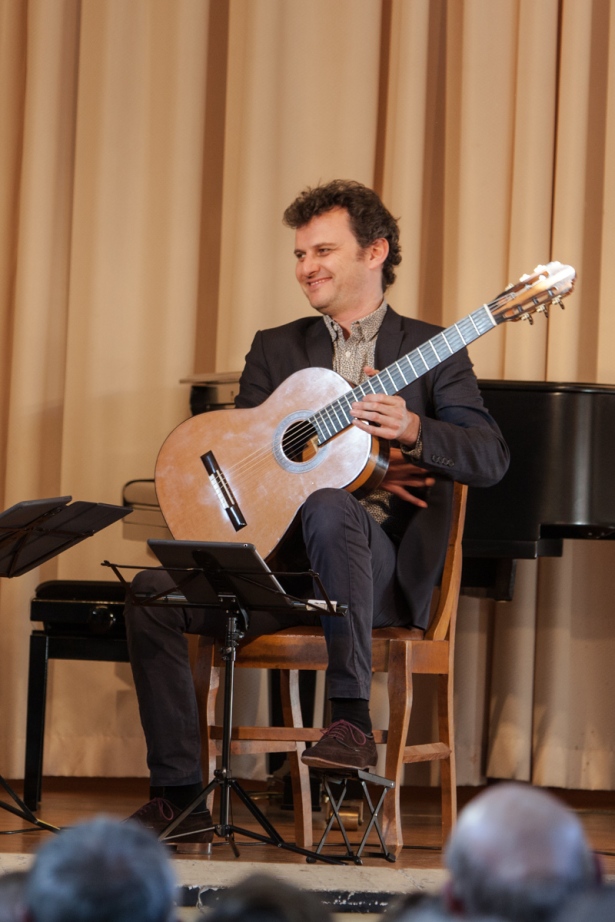 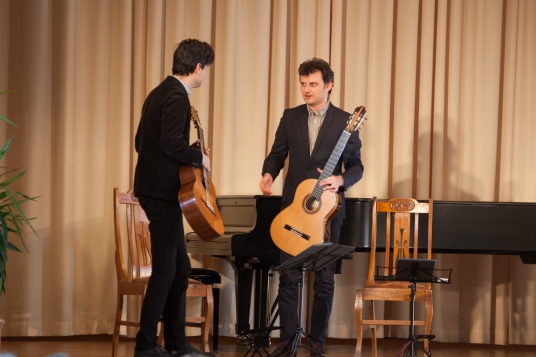 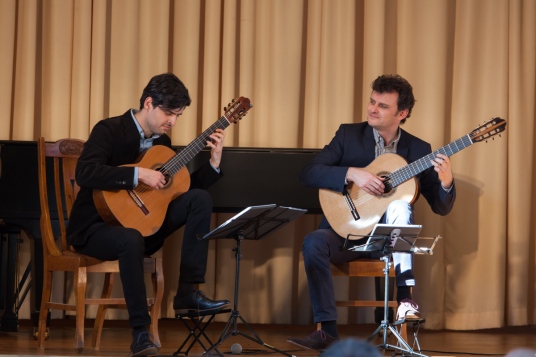 THE GRIGORYAN BROTHERS ENTERTAIN YASS.
The Yass Music Club audience was treated to one of its most successful concerts at The Katherine Holmes and Mary Reid Memorial Concert featuring The Grigoryan Brothers in a scintillating guitar duo performance to a packed and overflowing Memorial Hall on Sunday, 28th August.
We were delighted to have a number of members of the Holmes family in attendance at this special concert and their continuing support is very much appreciated as we honour the people who founded the Music Club over sixty years ago.
The Grigoryan Brothers are highly regarded as among the best in the world and they presented a thrilling repertoire of brilliant music for the entertainment of both our regular subscribers and for a large number of visitors, as well.
We were immediately charmed by their vitality and skill and the concert began with a Handel Organ Concerto neatly transposed as a guitar duo and it set the pattern for the remainder of their presentation which included numbers from their most recent albums “The Seasons”, “Distance” and “ThisTime” and conclude with an awe-inspiring display of guitars used as instruments of percussion.
When not on stage Slava and Leonard are in the studio, having just released six duo albums. The most recent is ‘This Time’, a masterfully recorded album with works by internationally acclaimed composers who have entrusted their creations into the worthy and welcoming hands of the Grigoryans. Four of these releases have been nominated for ARIA awards (Australia’s most prestigious music award) and their CDs were on sale to eager music lovers at the concert and they also generously donated one for our famous Music Club interval raffle and was won by a visitor.
At interval, after a delicious afternoon tea served by the Yass Hospital Auxiliary, we were entranced by a recital from one of our Dr RAG Holmes Scholars, Sarah Giddy, playing a beautiful piece by Chopin as a preview to the annual Dr RAG Scholars’ Gold Coin Concert to be performed in St Clements Church on Sunday, 4th September at 2.30pm. Also playing at this concert with Sarah will be her brother, Samuel on the organ, Emily Parker with voice and piano, Jonah Smith on piano and Zach Johnson with voice and piano. A truly remarkably talented group of young musicians who are a real credit to Yass.
The Music Club President, Peter Crisp warmly thanked the Grigoryans for an extraordinary entertainment and presented them with a piece of Crisp glass as a token of the Club’s appreciation.
Our final concert for the year will feature the Royal Military College Band which will be playing for us on Saturday, 15th October at 7.45pm in the Memorial Hall.
Brian Millett. 31/8/16 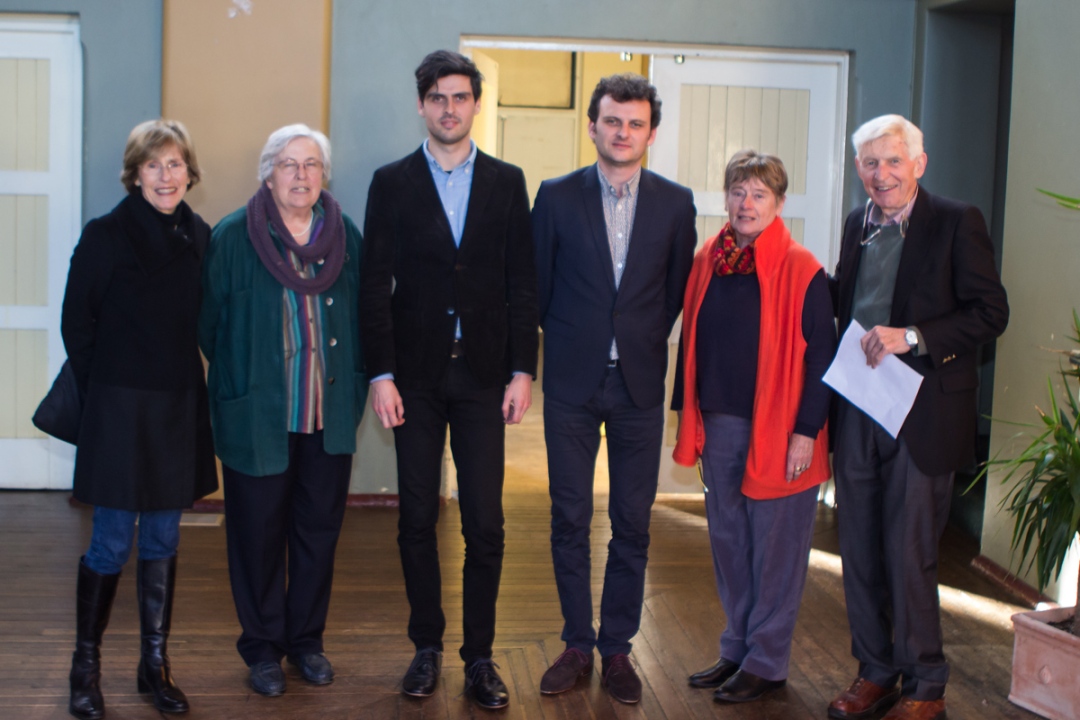 Since their first acclaimed Australian national tour in 2002, Slava and Leonard Girgoryan have given performances which have astounded audiences world-wide. Regarded as Australia’s finest classical guitar duo, they perform much of the well-known guitar repertoire. Their passion is to expand this repertoire through new arrangements and their own compositions. 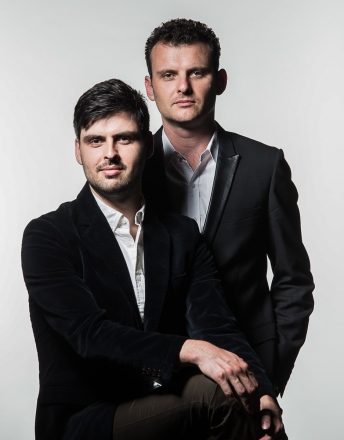 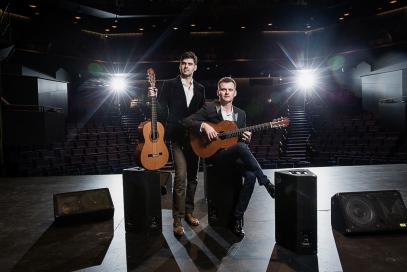 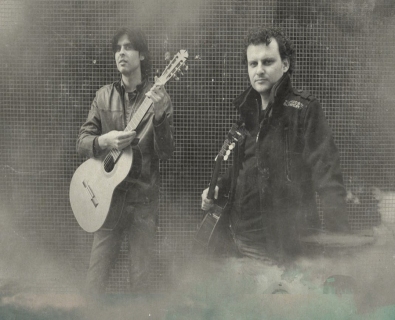